YAY!!!!!  I have finally been able to break away from two kids and a husband to go get some "me" time at our local Starbucks!  Now I can finally begin our review and discussion of Shoeless Joe. Thank you again for your patience

If some of you are stumbling upon us for the first time, Shoeless Joe is the novel of the film Field of Dreams.  I am a huge, HUGE fan of the film and had never read the book until now.  Honestly, I am embarrassed to say that I didn't even know it was based on a book for the long before now.  I usually cry when I watch the movie, and I always feel uplifted and motivated to get "in tune" with my spiritual side.

There are actually quite a few changes from the novel and film.  The book begins after Ray Kinsella has already heard the voice "If you build it he will come".  He's already built the baseball diamond.  Hmmm...I'm going to see if I can make this easier on myself.

The voice is that of an old baseball radio announcer
Karen, Ray's daughter is two
There is a man who Ray bought his land from, Eddie Scissons, who is part of our story
No Annie protest book banning (I liked that scene in the film)
J.D. Salinger lives out in the boonies, a beautiful area, but the boonies nonetheless
Moonlight Graham spends more time at Ray's house before being able to join the "game"
The story with the baseball players seems to not be as focal
Ray's twin brother, Richard, and his girlfriend are part of the story, but closer to the end

Ray has not built the baseball field but hears a quiet whisper among the cornstalks.  The voice is never that of an announcer, but a whispering
Karen is around 6 or 7
More interaction with Ray and the baseball players
No Eddie Scissons or Richard, which in my humble opinion weren't really needed.
Moonlight Graham saves Karen's life, giving up his spot with the players
J.D. Salinger is replaced with Terrance Mann.  Salinger did not want the publicity so Kinsella changed the name.
More of a magical moment between Ray and his father

I'm sure I've missed some other things that are different, but these are the first ones to pop into my head. This clips is one of my favorite scenes and usually starts the waterworks.
Yep, I'm crying just watching it now.  There's something the film was able to capture that the book didn't.  Can't explain it.  It's just that big swelling in your heart.  I love you Burt Lancaster!!!

I thought the book was ok.  I feel the film captured more of a spiritual undertone and magical quality than it's novel.  I got so many different things from the film: listening to that inner voice that speaks to us, taking that leap of faith to follow promptings when we have no idea what their purpose or intentions are, having someone believe in you even when you might seem crazy at the moment, and being an answer to someone else's prayers.

Here are our cast of great characters and information about their lives: 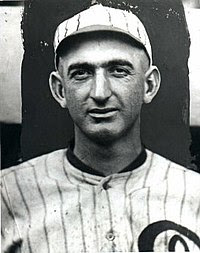 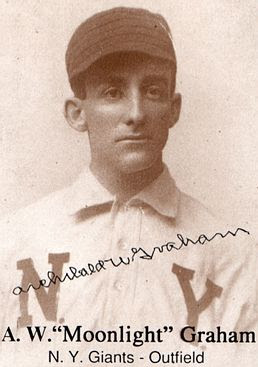 For those of you who have read the book and/or seen the film, which do you prefer?  Why?  What did you get from the story?

ps. In honor of OB, I am posting one of her favorite scenes from the movie

pps. Oh my goodness!  This is hilarious and I love the cameos!  hahahahahahahahaha!!!
Field of Dreams 2