A great source of history regarding the history of the fine arts stolen by a lunatic dictator and restored by men and women who were willing to die to bring it all back in the name of freedom.


I thought the author did a wonderful job keeping our attention and a sense of organization with so much history, detail, and  many characters.  It can be said that sometimes when an author has many characters or jumps timelines or destinations frequently, it can get confusing.  I was waiting for this to happen with TMM, but it never did.  I also appreciated the list of our protagonists with their handsome photos found at the beginning of the book.

I didn't know that Hitler wanted to have a Fuhrer Museum and was such a lover of art.  Of course he went about it all the wrong way and it didn't work out for him in the end.

The MM and women made great sacrifices to retrieve the stolen works.  They were on their own for much of the process and could have been attacked and killed at any time.  Once Hitler's Reich started to unravel he tried to destroy all the artwork. It was up to the MM to save as much as possible.

The photos, letters home, and letters written by The Reich were incredible to read and gave much more depth and richness in what was happening on the battlefield.

For as much history was told, I think the film did a pleasantly good job of telling their story.  TMM were a group of men and women from thirteen nations, most of whom volunteered to serve in the newly created MFAA: Monuments, Fine Arts, and Archives section.  Many were experts as art scholars, artists, architects, curators, museum directors, and archivists.

I wish the characters in the film were the same as the book.  For example, Rose Vallund becomes Claire Simone and instead of Harry Ettlinger, we get Sam Epstein.  Ettlinger's story was one of my favorites and it would have been nice to see that on the screen, especially that magnificent moment when they find the Rembrandt.  It's not a big deal, but it would have been nice to have kept the same names. 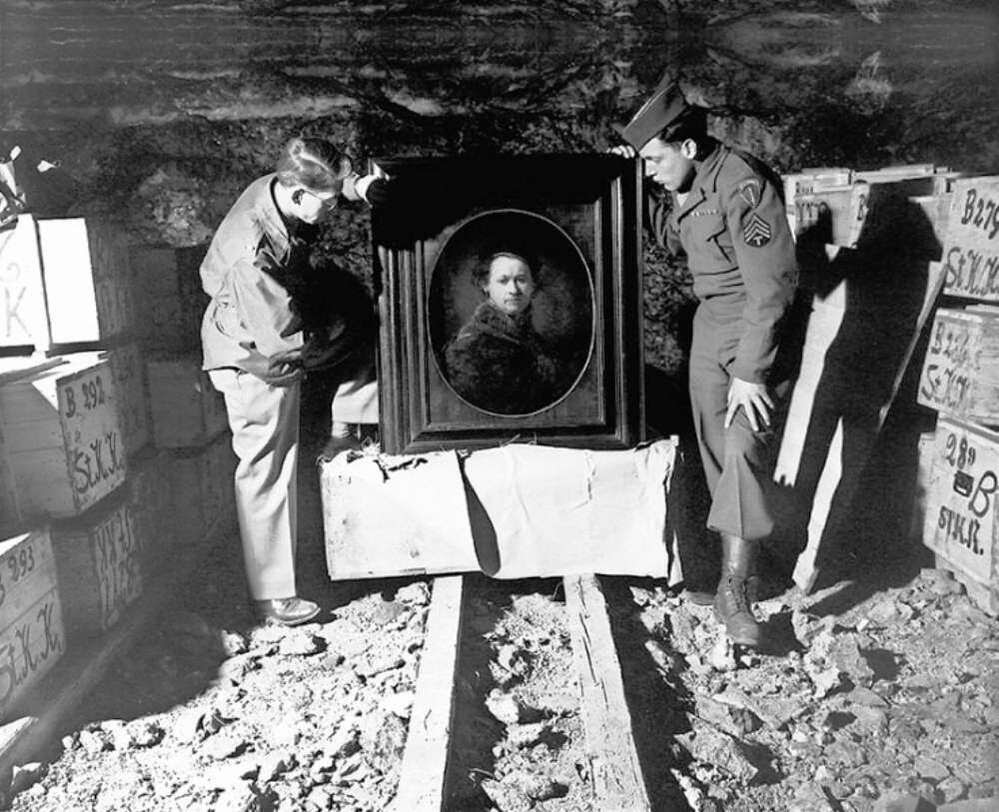 It's hard to get all the details and history in one film. All in all, it was a good film, but I did enjoy the book more.

Email ThisBlogThis!Share to TwitterShare to FacebookShare to Pinterest
Labels: The Monument's Men